Brisbane is fast on its way to becoming Australia’s New World City. Massive change and economic growth are on the horizon as it undergoes a massive transformation from multibillion-dollar Brisbane Property developments and major infrastructure projects. Key projects like Cross River Rail, Brisbane Metro, and Queen’s Wharf are taking shape and will transform and boost the city’s tourism, retail and residential offerings. Read on below as we update you on the current major Brisbane developments in the pipeline and how they’re currently progressing. 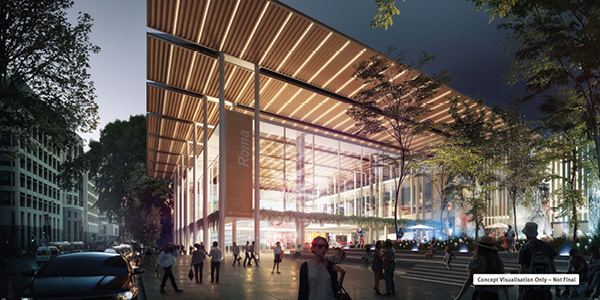 Construction on the new Roma Street Station has begun to make way for the new underground Cross River Rail Station. Set to become South East Queensland’s biggest transport interchange, the station will be set 27 metres below the surface and have 220 metre long platforms to accommodate nine-car trains. Once complete, the new Cross River Rail Roma Street Station is anticipated to have upwards of 230,000 commuters every week.

The demolition will start from the top and work its way down, starting with the now-vacated 18-floor Hotel Jen. Hotel Jen will be the first of three buildings to be demolished at Roma Street Station followed by the East and West towers of the Brisbane Transit Centre which will begin shortly in March.

The demolition for Roma Street Station is expected to be completed by late 2020. By then, the next stage will be preparing the site for piling and station box excavation in the second half of 2021.

About the Cross River Rail

Cross River Rail is a new 10.2 kilometre rail line from Dutton Park to Bowen Hills, which includes 5.9 kilometres of twin tunnels under the Brisbane River and CBD. The $5.4 billion project will include the construction of four new underground stations at Boggo Road, Woolloongabba, Albert Street, and Roma Street and upgrades to eight above-ground stations. The Cross River Rail is expected to be completed and up and running by 2024. 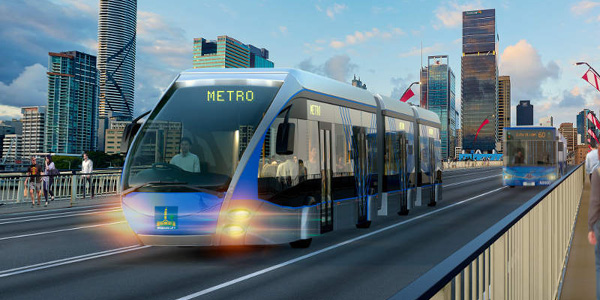 The Brisbane Metro is also making headway in terms of preparing for the construction of a new Metro depot facility at School Road, Rochedale. This facility will provide storage and maintenance of the new electric Metro vehicle fleet, charging infrastructure and staff facilities.

Trials for testing an initial pilot vehicle is expected to happen this year with the preferred tender involving Brisbane-based supplier Volgren, and world-leading electric-vehicle producer HESS, to deliver 60 vehicles for the Brisbane Metro.

The Brisbane Metro project is a Brisbane City Council initiative to form part of Brisbane’s greater public transport network. Rather than hundreds of buses travelling into the city, they’ll link with high-capacity and high-frequency Metro services running along dedicated busways. That means more available buses for the suburbs and less bus congestion in the city. The project will include 60 new electric Metro vehicles, with each able to carry 150 people.

The first stage of Brisbane Metro is underway and will provide a 21-kilometre service connecting 18 stations along dedicated busways between Eight Mile Plains and Roma Street, and Royal Brisbane and Women’s Hospital and the University of Queensland. The $944 million Brisbane Metro project is fully funded and due to be complete by 2023, subject to approvals. 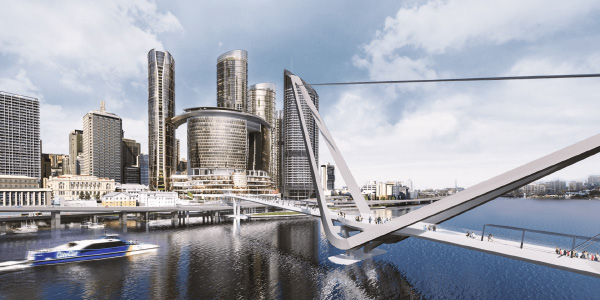 On the other side of the river, construction on the Neville Bonner pedestrian bridge linking Southbank to Queen’s Wharf has begun. Construction will start at South Bank between the Wheel of Brisbane and the river’s edge and link to the retail, food and beverage level of the Queen’s Wharf resort. Stretching 325 metres, this will be Brisbane’s newest bridge in more than 10 years.

Work is also being done on Brisbane’s vibrant new riverfront space, ‘The Landing”, which will provide 6,500m2 of green space for the community.

Neville Bonner bridge and the Landing are anticipated to open as part of Queen’s Wharf Brisbane integrated report by late 2022.

Queen’s Wharf is Brisbane’s new entertainment and lifestyle precinct. A world-class integrated resort development that will cover 26 hectares across land and water. A destination for tourism, leisure, and entertainment, the development will include 100m sky deck, pedestrian bridge, 2000 residential apartments, 1000 hotel rooms, and a 1000 seat ballroom.

REGISTER NOW
A Guide to Achieving Goals for your Retail Business

Our Response to COVID-19 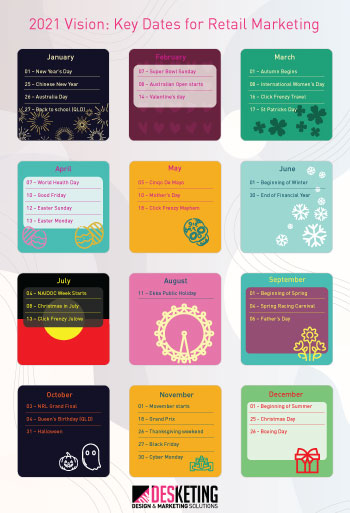